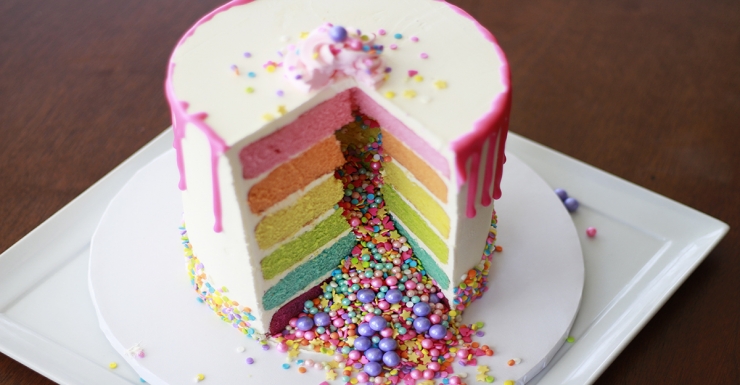 As if cake wasn’t already one of our favorite things on the planet, everyone’s favorite confection has gotten even better and more beautiful thanks to the craze surrounding explosion cakes. Never heard of them? Well, we’ll explain but be warned, regular old cake just won’t do from now on. And the good news? You can now find explosion cakes right here in NJ.

You can trace the trend back to Amirah Kassem, founder of Flour Shop in SoHo, who practically broke the Internet after she first posted her Rainbow Explosion cake to Instagram last year. The multi-tier beauty is covered in rainbow sprinkles and, when sliced into, it doesn’t just reveal multiple layers of rainbow-colored cake but also comes with an “explosion” of Technicolor candy and, yes, more sprinkles.  Kassem has since become a bit of a baking celebrity, appearing with her magical masterpieces on shows including Late Night with Seth Myers , gaining hundreds of thousands of Instagram followers, and inspiring other bake shops around the country to create their own versions of explosion cakes. Lucky for us (but not our hips, sadly), there are a few of them right here in Bergen County. We had three top bakeries make us three different explosion cakes to try (hey, it was all in the name of research, all right?) and the results were, well, explosive.

Baking guru Kara Schanidt of Kara Kakes in Franklin Lakes (who opened her shop when she was just 19!) is a whiz at creating lovely little cupcakes, so it’s no surprise she’s just as adept at explosion cakes. She whipped up an awesome ombre explosion cake in various shades oozing with pink and white sprinkles and little round candies. The results were perfectly pretty in pink. 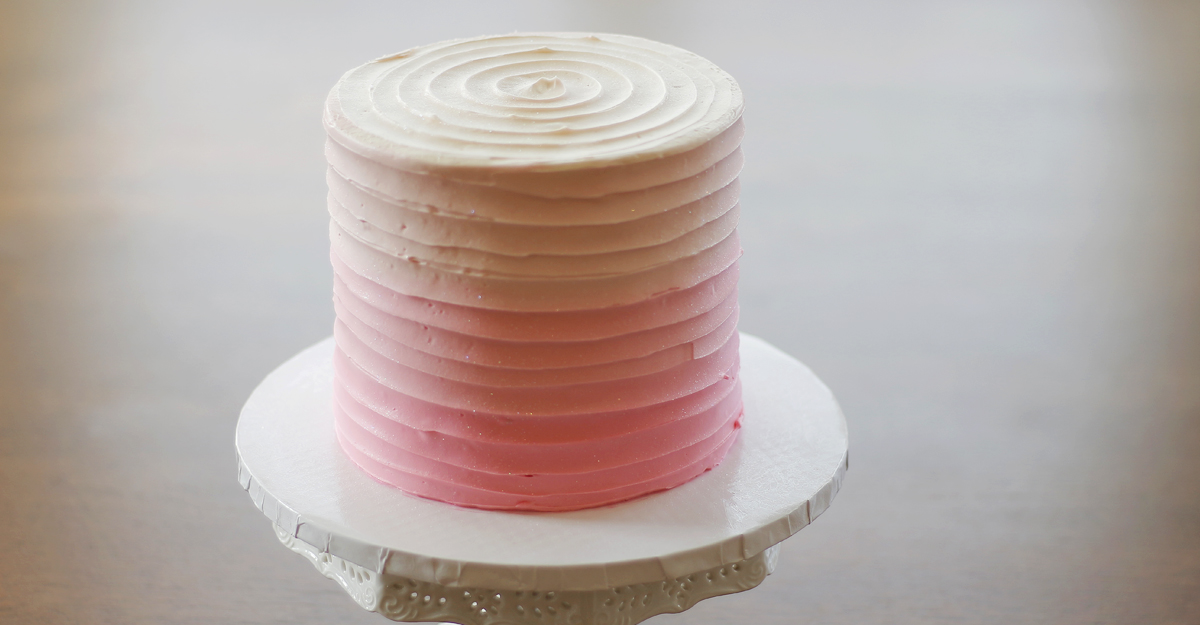 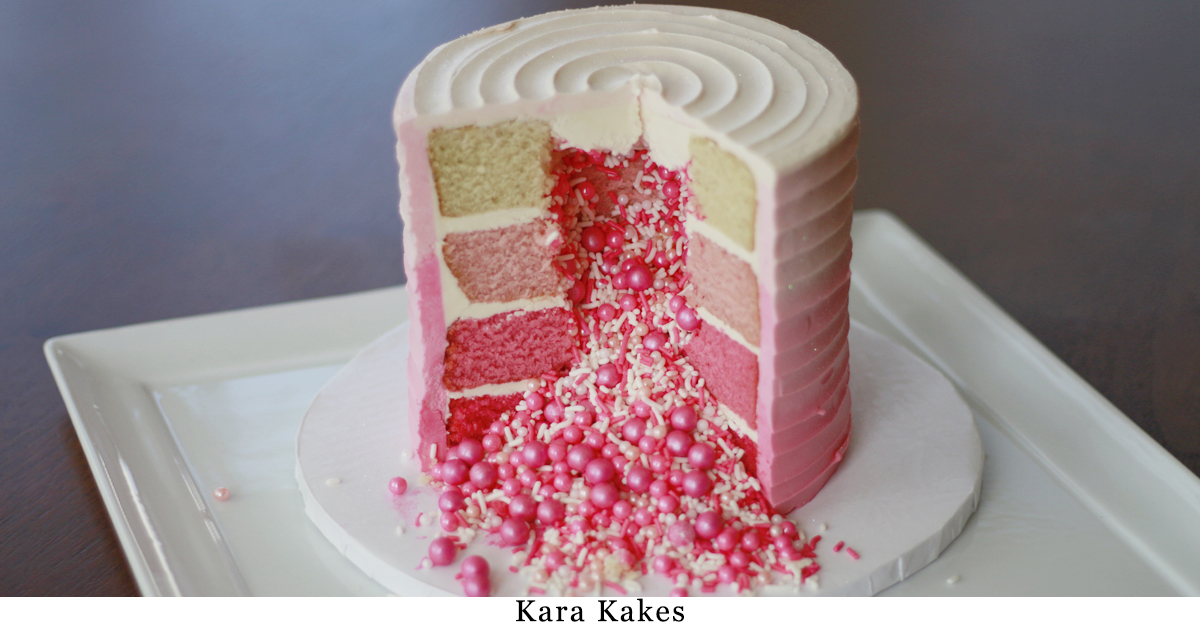 Carrie Spindler calls herself “The Little Baker That Could” because, after years of selling her goodies out of shops and restaurants, she opened her own bakery in Cliffside Park specializing in whimsical celebration cakes and mini desserts all made in small batches from scratch. Spindler not only could but did make her very own version of the real-deal rainbow explosion cake and, truth be told, it looks just like the Flour Shop original ... without the trek into the city. 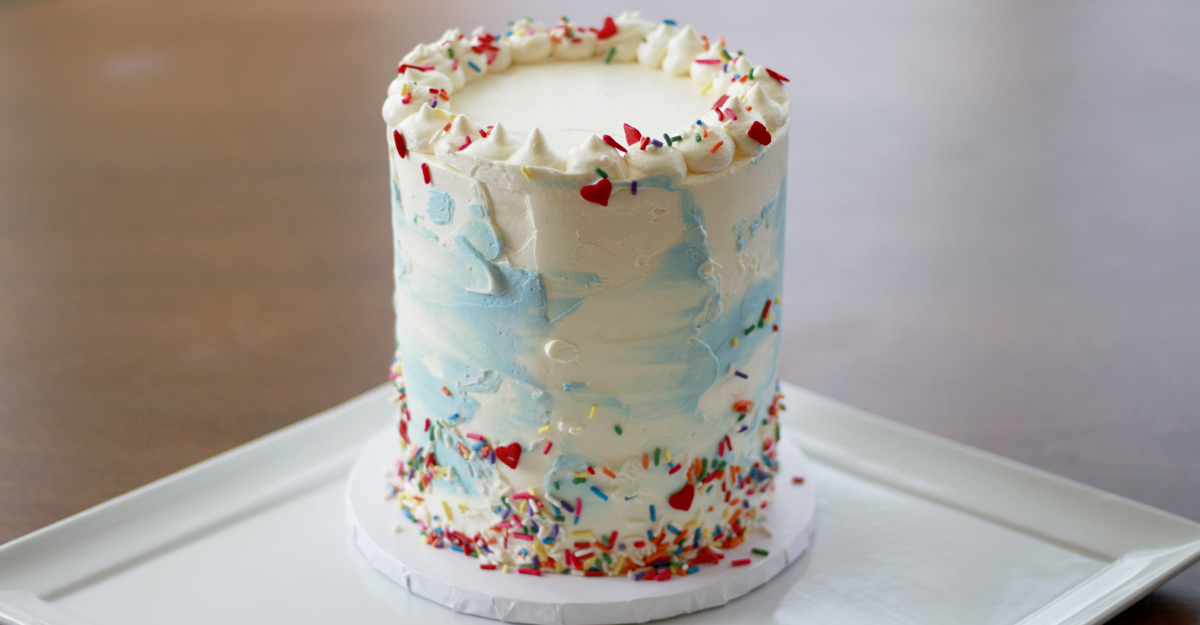 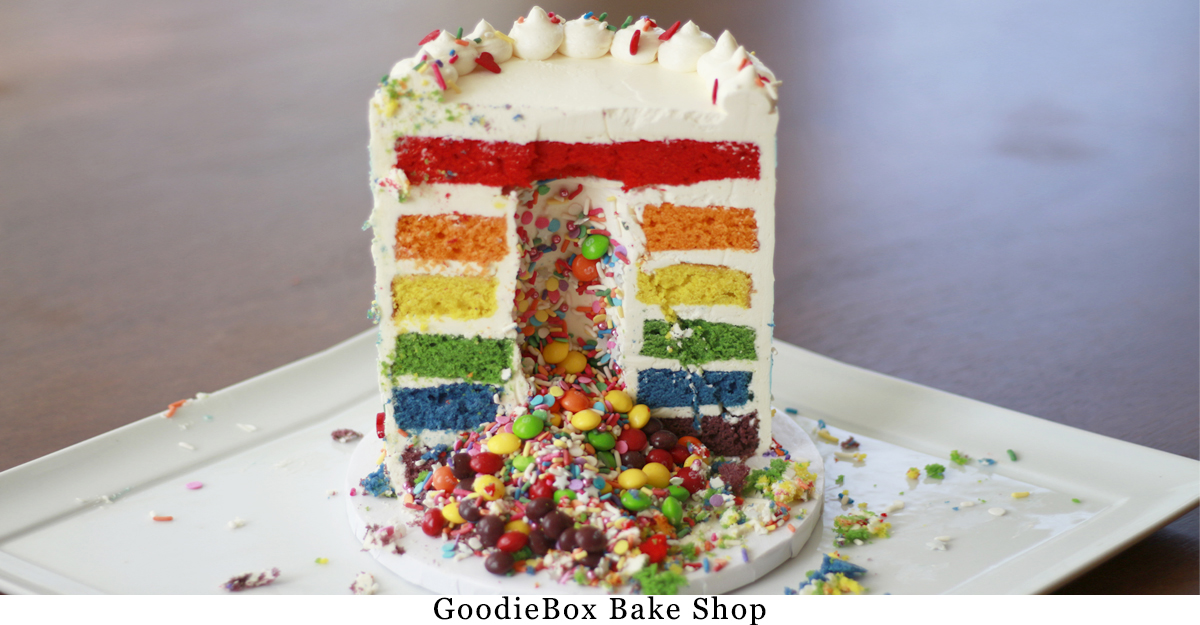 The Cresskill shop’s glamorous and gorgeous designs are worthy of celebrations for sure and the place does plenty of cakes that become the centerpieces for everything from weddings to baby showers to birthdays and even won a Cake Wars episode to boot. The explosion cake the crew created for us did not disappoint with it’s pretty piping, colorful accents, and avalanche of pastel goodies that came cascading out. 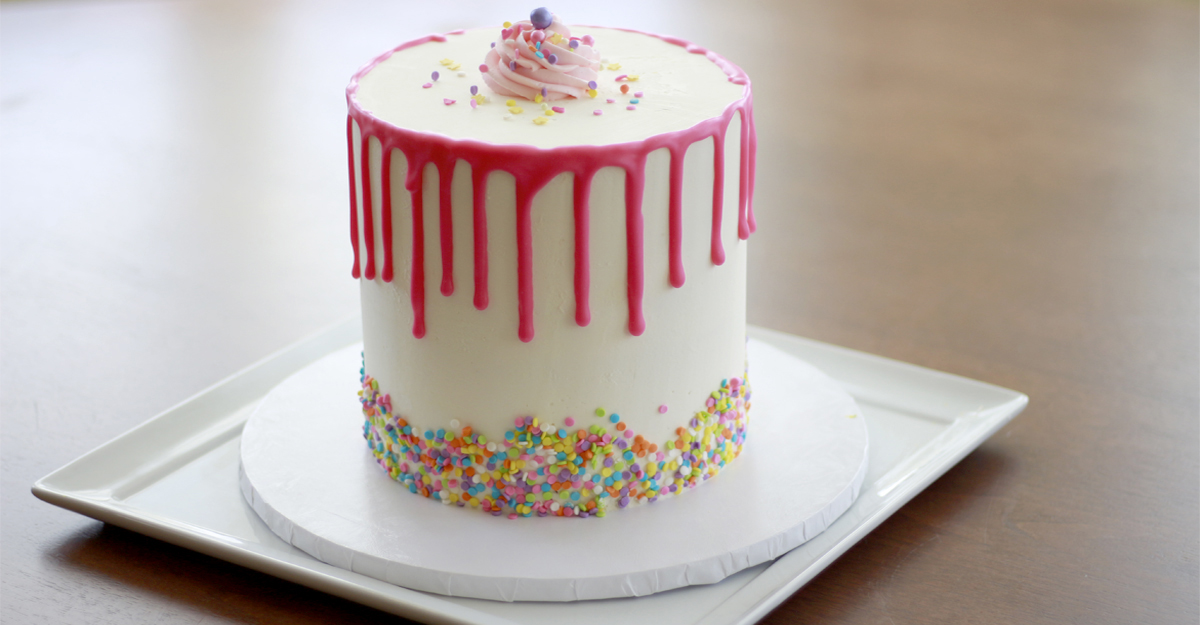 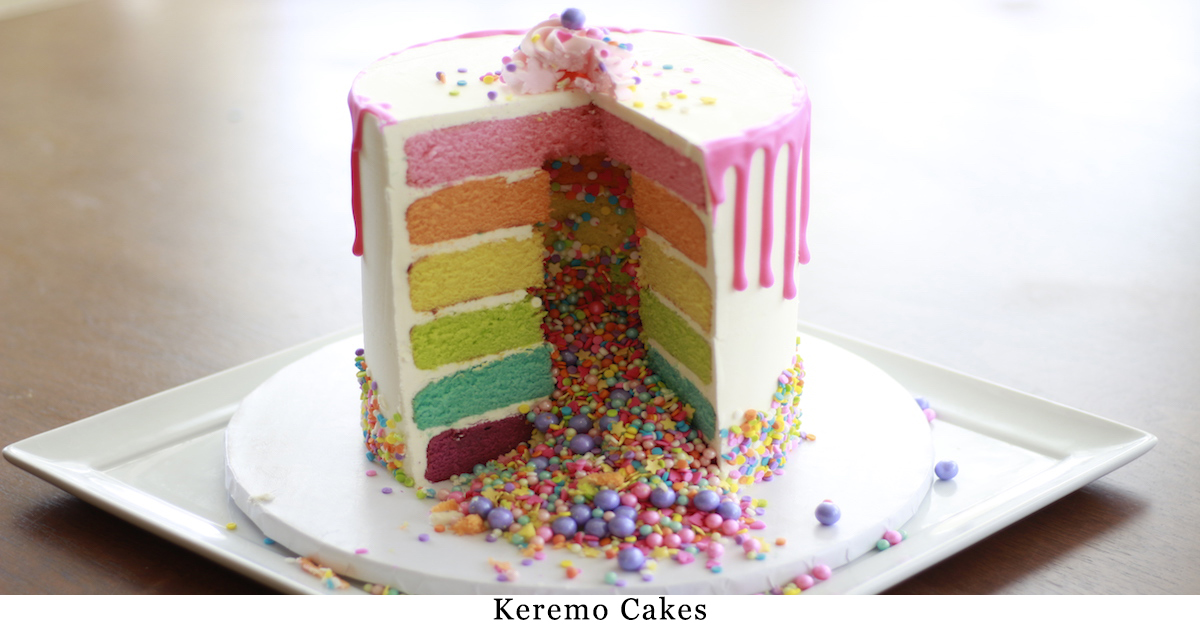