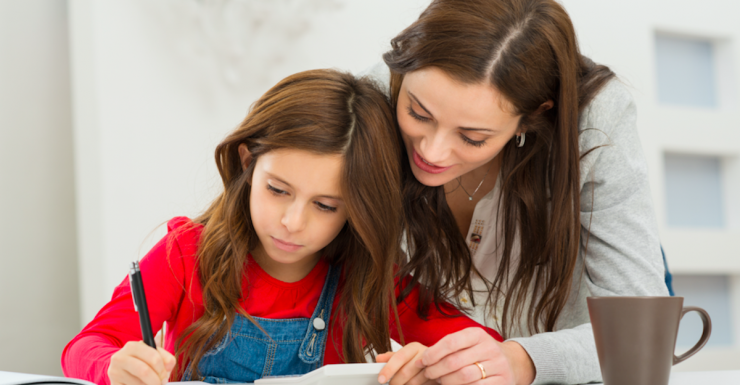 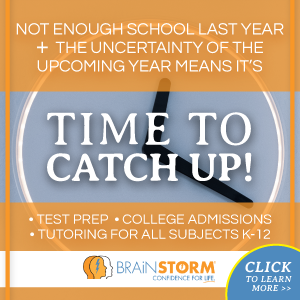 Hard to believe, as our kids prep to get back in the classroom this month, that this will be the third school year impacted by COVID. For most students, it's been a difficult, frustrating and confusing 18 months. And with a good chunk of last year spent learning virtually, even those students who seemingly took it all in stride, stayed attentive through every online lesson, and miraculously kept up with their assignments likely didn't absorb all that they would have in a regular classroom setting.

"You should assume that your student did not get the full experience last year. There are, of course, outliers, but the majority of the kids are somewhere in the middle and they probably had a mediocre-type year where they got something out of it but not as much as they might have," says Scott Doty, founder and CEO of academic coaching firm BrainStorm Tutoring. "It's not an easy thing to verify objectively but assume that they're about 70 percent as far along as they should have been. That's the number I'm using for my students and my own daughters."

And that's not so bad, especially compared to other states, says Doty. "New Jersey did pretty well. It's an excellent state in terms of education. These schools are really, really good and our teachers are very dynamic and talented, and I think that, all things considered, these schools did a pretty good job in an impossible situation."

Still, how do you help get them caught up so that they don't fall behind this year? Doty suggests making sure your student dedicates a few 45-minute afterschool sessions to last year's curriculum each week for the first month or two of the school year. Ready to try? Here are three ways to do it.

If you're a hands-on parent who likes being personally involved in your student's schoolwork, has the time to dedicate, can handle the academic content, and you have a relationship with your child where working with them wouldn't cause friction, then, Doty says, you can give it a go yourself.

Start by explaining to your child that you know they did their best, but you also know that there are likely gaps, and you don't want them to experience any stress trying to play catch-up. "It's very important to be specific. Don't tell them 'I'm going to be helping you for a while.' That's scary. Tell them that just for the next six weeks, you're going to do two or three sit-downs a week, that are just 45 minutes each to help fill in some gaps. Giving students of any age very specific expectations that are numerical and then holding to them is very helpful."

Choose the subjects you want to work on and email your child's school requesting curriculum from both last year and this year. Next, Doty says to focus on the course textbook's end-of-chapter quizzes to start diagnosing where your student is strong and where he isn't. Then go from there.

If you don't have the time, or just know that you'd drive yourself insane trying to explain algebra for the next six weeks, if the above approach is causing relational friction (or you predict it will), or you don't yet want to go the paid tutor route, Doty suggests trying to incentivize your child to do the extra work on his own.

"I do think an incentive is needed in this case," he says. "You can verify that the work got done at the end of each session and then, at the end of each week, you as a parent can use whatever kind of carrot you think works for your kid. 'I'll pay you $20 a week.' or 'I'll get you your favorite food every Friday night.'"

In addition to being crystal clear about what you require and the incentive, Doty advises making sure your student has plenty of resources to set him up for success, like utilizing khanacademy.org, a non-profit website that allows students to plug in their grade and subject and get multiple modules to work on around that particular subject. "You want to give them some framework," he adds. "'You're going to work on fractions this week. You're going to work ratios next week. And I need to see the work when you're done.'"

You want your kids to gain both knowledge and skills -- not just 3 squared is 9, for example, but the skill of solving an equation, which takes some patience and meticulous writing out of steps and can be a bit more of a sophisticated process than a layman parent can easily pull off. "This is when you might feel like it's worth the investment to hire a pro," Doty says. "Before we get too in the hole here with the new school year and then the whole year goes off the rails, let's nip this in the bud and get someone to help you once or twice a week."

Doty says tutors can hit the ground running without any materials, but if you do have access to the aforementioned curriculum, that's a bonus. "For me the goal is always if you give me eight weeks, I'm going to get a student caught up in four or five weeks, and then get you ahead for three or four weeks so that you don't need me for a while. And now the student has gained confidence around the topic and not feeling like he's behind the eight ball."

As for what to look for in a tutoring service, most are staffed with people who are intelligent and well-versed in the academics they're teaching, but that's not necessarily the paramount factor. "When we're talking about connecting one-on-one with a kid, the most important part is that the kid connects with the tutor relationally. You want to make sure the tutor has an ability to build rapport," Doty says. "You're not necessarily worrying about their credentials but are they a cool, fun person and will my child vibe with them?"

He suggests requesting a 15-minute call or Zoom with the tutor before to make sure the relationship is a fit. "There's a famous phrase I find useful when it comes to kids: 'They don't care what you know until they know that you care.' So, we start with rapport and building the relationship. There's a get-it factor for a student around, 'Oh, this guy cares about me as a person. And we're talking about life and concerts and soccer,'" he explains. "And then when there feels like there's some rapport there the tutor can say, 'I guess we have some math to do, what do you say?' That's a really important order of operations for a good tutor."

Scott Doty is the founder and CEO of academic coaching firm BrainStorm Tutoring, an academic performance coach, and an executive function and teen wellness expert.