You Can Now Make All Your Favorite Disney Treats at Home! 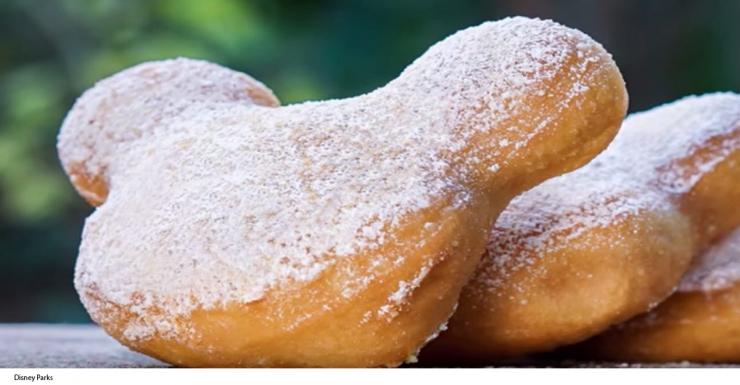 OK, so we have no idea when amusement parks will reopen, and any summer trips to Disney World are sadly going to have to be put on hold indefinitely. No Small World. No Space Mountain. No photos of the kids happily smooshed between Mickey and Minnie. But that doesn’t mean we can’t take part in something we love most about the happiest place on Earth: the food. Disney has been treating its would-be visitors to recipes for some of its most beloved theme-park culinary offerings from via its blog lately, giving us even more reason to get creative in our quarantine kitchens. Warning: They aren’t exactly healthy dishes, but we all deserve to indulge a little right now, right? (The correct answer is “right.”)

Disney kicked things off in early March with its cookie fries (and it’s touting the fact they’re plant-based just to make us feel a little better), which it normally serves at the Beaches & Cream Soda Shop at Disney’s Beach Club Resort. A few weeks ago, it followed up with one of its most famous grab-and-go sweet treats: the almighty churro. Since trying to make the extra-long ones at home probably isn’t going to set us up for success, they recreated the recipe as churro bites, thankfully, which gives us an excuse to eat several of them. Next came an ooey-gooey grilled cheese that comes from Woody’s Lunch Box at Disney’s Hollywood Studios. The secret? A cream-cheese-cheddar-heavy cream spread (!) in addition to the cheese slices. Looking for a dreamy breakfast dish? Try the chocolate-peanut-butter-banana French toast created at Disney’s PCH Grill at Disney’s Paradise Pier Hotel. And just last week, the gang revealed how to make its fabled Mickey-shaped beignets park-goers can usually pick up throughout Disneyland’s New Orleans Square and Disney’s Port Orleans Resort – French Quarter. If you ever needed a real reason to fry dough at home, it doesn’t get more legit than Mickey.