This Stylish Road Trip Will Save You Thousands (dedicated) 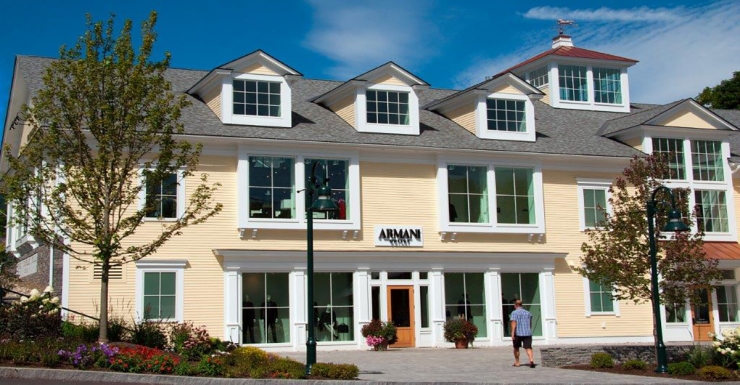 If you fall into the latter category (like we do!) then you’re going to want to plan a trip to the Manchester Designer Outlets in the stunning summer destination Manchester, Vermont, just three and a half hours from Bergen County. Manchester boasts a whopping 40 outlets that cover every category and offer up to 70 percent off designer styles every single day.

Expect high-end clothing from designers like Armani, Theory, and Vineyard Vines; footwear including New Balance and Clarks; and handbags and accessories from Tumi and Kate Spade along with kitchen and homeware shops including our fave luxe cookware line Le Creuset and one of Manchester’s newest openings: Mela Artisans, which touts handcrafted home decor and furniture and donates a portion of its revenues to social programs.

And no cookie-cutter shopping center here. Each designer outlet is housed in an authentically restored New England structure (think paned windows, peaked rooves and pretty columns.) Bonus: The outlets update their specials daily so you can check the site before heading up to find out which stores are doing deep discounts, BOGO deals, specials, and sales.

And when you’re not shopping your heart out, there are plenty of other summer activities to take on in marvelous Manchester, with its majestic mountain backdrop. If you can head up this coming weekend, you’ll want to check out ZenFest, a two-day wellness festival taking place June 30th and July 1st with lots of fun (and free!) stuff going on including concerts, local vendor pop-ups, and workshops. The rest of the summer tour historic New England landmarks, hike and bike, stroll the wooded Manchester Riverwalk, have dinner at one of the town’s fabulous fine dining restaurants, and soak up a spa treatment before spending the night in a hot hotel like the Equinox Resort & Spa, Reluctant Panther Inn, or Kimpton Taconic Hotel. Then wake up and do a little more shopping ... because you never know what you might have missed.