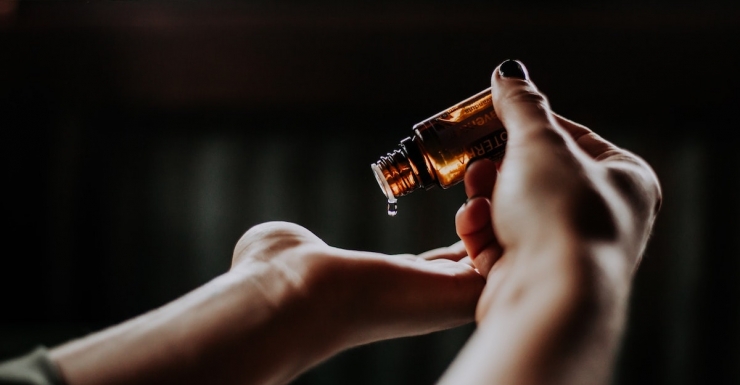 If you went back in time and told your college self that in the future, weed would be legal in some states, people used it for pain relief, and certain elements in marijuana were used in oils, lotions, candy and cocktails, your college self would definitely think your now self had been smoking something. But then your college self would ask you more about these products and new laws and you wouldn’t know what to tell them because the news is evolving fast. So here, to help your now self know what your future self can look forward to, the 411 on CBD (and weed) in NJ.

First, CBD oil. The long name is cannabidiol. It’s derived from either hemp or marijuana and it’s the new “it” ingredient and can be ingested, applied to the skin or vaporized. Here’s what we know:

- Hemp derived CBD oil is legal in New Jersey and can be obtained without a prescription.

- Not all CBD oil is created equal. Just like with your stash, the quality of the products made with CBD oil depends on the quality of the hemp that is used. You’ll want to do some research to make sure you buy from a trusted source. One to try might be the CBD oil from skincare expert Ildi Pekar. She adds CBD oil to products like her overnight mask and her calming face serum. Or, make an appointment to experience CBD with a facial in her New York City studio.

- Not everyone responds the same to CBD. Most people report feeling more calm after using a product with CBD but some people complain of headaches or other symptoms when they use it.

- CBD is being used to help individuals cope with anxiety, to help them sleep better, to deal with pain, seizures, ADHD and inflammation. But it is not regulated the way that opioid drugs are and large scale studies haven’t been undertaken so the actual benefits and effects have not been fully studied yet. However, anecdotal information is very positive, and really what can it hurt to try?

- There are a bunch of restaurants in the tri-state area that are using CBD in their food and drinks and even Coca-Cola is looking at creating a drink with CBD as an ingredient. So, if you want to give CBD a try, head to one of these places and give it a whirl.

Now, marijuana. Here’s what we know:

- Medical marijuana has been legal in New Jersey since 2010. But since Phil Murphy became governor last year, major reforms to the program have been announced including adding medical conditions to the approved list, lowering fees, increasing the monthly product limit for patients and allowing an unlimited supply to those in hospice care.

- In addition, marijuana might become legal in New Jersey in the very near future. Legislation has been proposed that would allow for the commercial production of marijuana in the state as well as legalizing the possession and personal use of small amounts of marijuana for people 21 and older.

- The legislation focuses on legalization, decriminalization and has several cool social justice initiatives baked in (see what we did there?) including:

- Women, minorities and veterans will get a piece of the pie with up to 25% of licenses for dispensaries going to these groups

Marijuana possession or consumption will still be illegal for anyone under the age of 21. This has become a tricky problem in other states that have legalized pot. In fact, the California Department of Public Healthhas even created a website called Let’s Talk Cannabis to help kids and parents start the conversation about the hazards of using marijuana at a young age.

Kids are looking to their parents for guidance on the subject of marijuana. Decide as a family how you feel about using and create expectations and guidelines based on what you decide. But whatever you do, make sure to share the dangers of vaping and juuling with your kids. It is definitely not a habit your kids want to acquire.