A Juul is No Gem. What Your Kid is Smoking with Their Friends 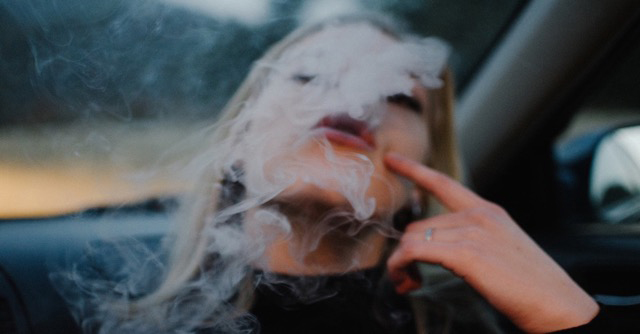 Since when have kids known about trends before parents have? Well, since forever. Think rock n’ roll, social media, flapper dresses and the Charleston. And now there’s another trend that’s already commonplace in teen social circles but that’s just starting to come to the attention of parents. It’s called Juuling "or smoking a Juul" and if you’ve never heard about it, don’t worry. We hadn’t either. But once we did, we thought we’d better find out more. So we asked Dr. Srikant Kondapaneni, Chief of Pulmonary Medicine at Englewood Hospital and Medical Center, to drop some knowledge and get us up to speed.

BM: Thanks for talking with us today. So, we’ve heard the terms e-cigarettes, vaping, and Juuling. Can you give us a rundown on what each of these mean?

Dr. Kondapaneni: First, “e-cigarette” is the broad term for the tools that are used for vaping and Juuling. Vaping is the act of using an e-cigarette. A Juul is the brand name a relatively new device that enables people, especially kids, to hide their e-cigarettes. Juuls are discreet and look like a pen or the memory stick for a computer.

BM: In the photos I’ve seen, some e-cigarettes actually look like cigarettes but some have a bowl in them, almost like a hookah or a bong. Juuls look more streamlined.

Dr. Kondapaneni: Yes, the Juuls are more streamlined, they’re easier to hide. But at the end of the day, they contain the same chemical compounds as e-cigarettes and vapes. Also, remember that Juul is a brand name for a new, smaller, easily disguised vape.

BM: And how do e-cigarettes, vapes, Juuls, whatever you want to call them, work?

Dr. Kondapaneni: These devices use lithium batteries to heat water, often flavored water, that contains nicotine or other substances to a boiling point so that the vapors produced can be inhaled.

BM: How do kids get started on vaping or Juuling?

Dr. Kondapaneni: They market them directly to kids. Vapes and Juuls come in different colors that are attractive to kids. They also flavor their e-juice to make it more appealing. Juuls are so compact, they’re hard to detect, which is also part of the appeal.

They also originally marketed these devices as safe because one was just inhaling water vapor. But that’s not true, there’s more in them than just water.

BM: So, can you tell us about the difference between smoking a cigarette and using one of these vaporizers.

Dr. Kondapaneni: Cigarettes have more noxious carcinogens in them than e-cigarettes. But e-cigarettes still have a lot in them that are not healthy. For example, e-cigarettes don’t have as much nicotine in them, but in the liquid that’s used, they have something called humectants, which can metabolize into formaldehyde, acetaldehyde, acetone and diethylene glycol, an agent used in antifreeze. When you smoke a cigarette, you take short pulls and exhale almost immediately. With vapes, you inhale slowly and hold the vapor in your lungs before exhaling.

BM: And what about the similarities?

BM: What are the effects of this on kids?

Dr. Kondapaneni: Well, first, kids who did e-cigarettes showed more signs of chronic bronchitis. Kids who had asthma had higher levels of irritation.

Second, e-cigarettes have different amounts of nicotine in them, some have as much as a patch used for people who smoke a pack of cigarettes per day. So, if kids are smoking e-liquid that has nicotine in it, they will eventually become addicted to nicotine. You could say that e-cigarettes are a gateway to nicotine addiction. In a study of teens who used e-cigarettes or vaping versus teens who have never smoked, teens who vape were 300% more likely to start smoking traditional tobacco cigarettes. The fear is vaping will push kids back toward traditional cigarettes if they can’t get the effect they want from e-cigarettes anymore.

There is also a concern about high blood pressure, fatigue and the panic and anxiety that come with having an addiction.

BM: Can you tell us the difference between inhaling a vapor and inhaling smoke?

BM: What about the stories we’ve heard about kids putting other substances in Juuls? Like marijuana, cocaine, THCs, etc? When we Googled, we found YouTube videos for how to modify a Juul to accommodate these substances.

BM: So, how are e-cigarette and vaporizers regulated?

Dr. Kondapaneni: There is no regulation in the US. They’re banned in Canada and in some other countries, but not here. There is an age limit for purchasing the devices but what is put in the e-juice is not regulated.

BM: Okay, then how can parents talk to their kids about this? What should we be on the look out for?

DR. Kondapaneni: I would tell kids that e-cigarettes and vaping will have the same negative consequences as smoking traditional cigarettes. They can cause chronic bronchitis. They can make asthma worse. And the chances increase exponentially that they will start smoking tobacco cigarettes. E-cigarettes will form the same addictive habits as regular cigarettes.

BM: Part of our strategy for talking about cigarettes has been to emphasize how gross they are. They make your teeth gross, your breath and clothes smell, etc. But that strategy doesn’t work as well when we’re talking about products that smell like mangos. In fact, I read an article that quoted a girl who had tried vaping because she was “bored” at a party and she “liked the feeling of sharing the device with her friends”. I wonder how we can make our case when it becomes the socially acceptable thing to do?

Dr. Kondapaneni: Yes, it’s a harder sell when it’s just about their health because they feel invincible. And the social aspect is a strong pull. But if we give them case studies of what smoking has done to individuals, if we can make it personal and help them relate the potential effects of their smoking on their ability to play sports or sing a song, it might make a difference. And if we can connect vaping and Juuling to eventual cigarette smoking, perhaps they won’t start that either.

BM: Thanks so much for your time.

Dr. Kondapaneni: My pleasure. I don’t have a teenager yet, but I’ll have one soon.