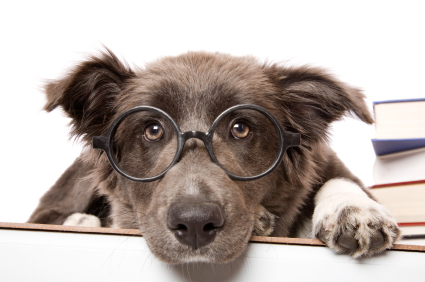 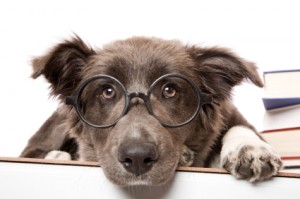 The weather is here. Where is your reading material? And no, Fifty Shades does not count. Summer is a great time to reengage with some of your long lost buds, and by that we mean books. The witty ones. The smart ones.The ones that make you laugh (or cry) when you least expect it. With the long days of summer ahead and carpooling duties on hold until fall, now’s the time to turn your brain to page 132: the lost-in-a-great-book happy place.

Before you hit the download button, we’ve checked with a few of our local book clubs (and favorite book stores) to see which reads they’re buzzing about.

Books and Greetings (271 Livingston Street, Northvale, 201-784-2665)
The Book: The Lost Wife, Kathleen Grissom
The cliff notes: In pre-war Prague, the dreams of two young lovers are shattered when they are separated by the Nazi invasion.  Decades later in New York, there’s a glance of recognition between two strangers, giving Lenka and Josef one more chance. From the ease of life in Prague before the Occupation, to the horrors of Nazi Europe, The Lost Wife explores the power of love, the resilience of the human spirit- and the strength of memory.
When to pick it up:  On a transatlantic flight to Europe (or anytime you are longing for some historical fiction).

Bookends (211 East Ridgewood Ave, Ridgewood, 201-445-0726)
The Book:  Then Came You, Jennifer Weiner
The cliff notes:  Follow the story of two women who make the decision to donate their eggs for financial gain and the woman who ultimately turns to technology for a baby.  These three lives intertwine in the unforgettable, timely tale of class and entitlement, surrogacy and donorship, the rights of a parent and the measure of motherhood.
When to pick it up: On a weekend jaunt with the hubby

Bergen Mama (www.bergenmama.com)
The Book:  Skinnydipping A Novel, Bethenny Frankel
The cliff notes:  Bethenny’s fiction debut chronicles the life of Faith Brightstone (or perhaps Bethenny herself) as she heads out to LA to become an actress and returns, dreams unrealized, back to New York.  Five years later, Faith has finally found her groove as an entrepreneur and manages to land a spot on a new reality TV show and is forced to deal with a spectrum of personalities and a backstabbing by one of her long time idols. Sound oddly familiar?  We thought so.
When to pick it up: On the Jersey Shore (because after all she was a reality star first)

Ridgewood Newcomers Book Club
The Book:  I Don’t Know How She Does It, Allison Pearson
The cliff notes:  This modern anthem for working moms everywhere details the balancing act that hedge fund manager, wife and mother, Kate Reddy handles so gracefully.  But when she finds herself awake at 1:37 a.m. in a panic over the need to produce a homemade pie for her daughter’s school, even she can’t figure out how to do it all.  With panache, wisdom, and wit, I Don’t Know How She Does It brilliantly details the dilemma of every working mom.
When to pick it up:  At the pool club while keeping one eye on the kiddos.

Ramsey Moms Night Out Book Club
The Book:  Unbroken, Laura Hillenbrand
The cliff notes:  The author of Seabiscuit does it again in this gripping chronicle about the life of Louie Zamperini, a once rebel rousing teen turned Olympian turned war hero during World War II, who during a routine mission over the Pacific, was left stranded on a raft and fighting for his life.  Hillenbrand eloquently tells the tale of daring, defiance, and the ferocious will of a man who refused to be broken.
When to pick it up:  Two copies now- one for you and one for your history-loving husband for Father’s Day.

Tenafly Book Club
The Book: Someone Knows My Name, Lawrence Hill
The cliff notes:  Kidnapped as a child from Africa, Aminata Diallo is enslaved in South Carolina but escapes during the Revolutionary War. In New York she becomes a scribe for the British, recording the names of blacks who have served the King and earned freedom in Nova Scotia. But her heart pulls her back to Africa, then on to London, where she bears witness to the perils of slavery and its toll on her life and the lives of her people.
When to pick it up:  In your hammock alone, while the kids are at camp.

Oprah’s Book Club 2.0
The Book:  Wild, Cheryl Strayed
The cliff notes:  This Oprah Book Club Pick and Amazon.com Favorite is the powerful, blazing honest memoir of writer and columnist Cheryl Strayed, who at age 26, following the death of her mother, divorce, and a run of reckless behavior, makes a life changing decision to hike the Pacific Crest Trail, inexperienced, over-equipped, and desperate to reclaim her life. Wild tracks Strayed’s personal journey on the PCT through California and Oregon, as she comes to terms with devastating loss and finds her soul again.
When to pick it up:  During the oppressively hot days of mid summer.