Christian Grey is Closer than You Think 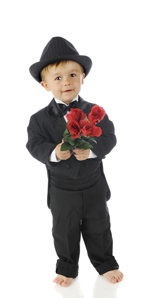 He’s exactly like a toddler! I know it sounds totally crazy but consider this…

He loves to strip off his clothes and walk around naked. He like airplanes.  His favorite answers to any question are “I can’t tell you” and “I just do.”  Just like a toddler!

He even told someone “If you were mine you wouldn’t be able to sit down for a week.” And as any mom of a toddler knows, you never sit down with one of those little stinkers running around!

He invites people to sleep over his house. He likes being Mr. Bossy pants. And he just loves playing with ice cubes.  Just like a toddler!

Sometimes he even fiddles with his little thingy, just like a toddler.

In fact, if I really wanted to see a movie about a troubled man who is loved despite his bad behavior, I probably should have headed into the Sponge Bob movie.

But before you think the whole point of “50 Shades” was lost on me, I did go home and tell my husband that I wanted to try something new and exciting that night.

So we ordered in Indian food and fell asleep on the couch.