Buy Your LEGOLAND New York VIP Passes and Get Perks and A Preview Day! 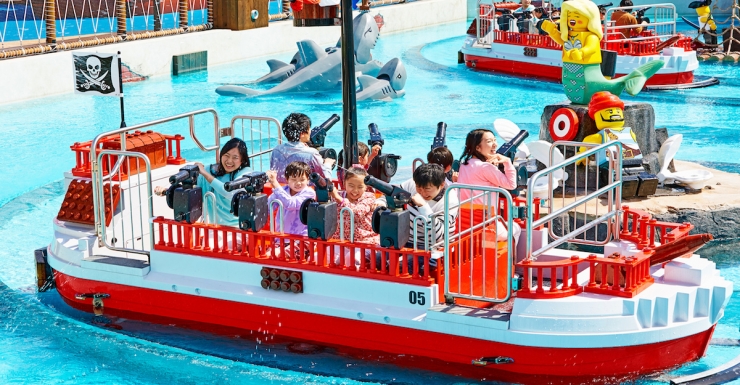 Your little builder is counting the days until LEGOLAND New York Resort opens in Goshen, New York in the Spring of 2020. Truth be told, you can’t really wait either. So, you’ll be glad to hear that you can start planning your first visit right now.

The LEGOLAND New York Resort recently unveiled their 1st to Play annual passes. These VIP passes, available for a limited time, will give families twelve months of admission to the brand-new state-of-the-art LEGOLAND theme park. Even better, pass holders will receive an invitation to participate in a preview day before the park opens to the general public. LEGO VIPs will also receive a commemorative pass and will save money receive invitations to special events and seasonal offers, along with unique perks and discounts at the themed LEGOLAND New York Hotel.

What can you expect to see when LEGOLAND opens? They’ve kept some of the favorite attractions from the other LEGOLAND theme parks including Miniland, the massive panorama of LEGO built cities from around the country. It was recently revealed that a 3 foot high replica of the iconic Oculus building in New York City as the first model to be announced for the new park.The model took 40,000 bricks and 555 hours to construct and you'll see it exclusively at the LEGOLAND New York resort.  You’ll also be able to visit seven other themed lands including: The Factory, Bricktopia, LEGO NINJAGO World, Heartlake City, Knight’s Kingdom, LEGO City and Pirate Shores.

Rides at the new LEGOLAND will include the brand new and exclusive to New York, Great LEGO Adventure in which riders will become a LEGO minifigure and travel through the manufacturing process, into a box and into the hands of their new owner. You also won’t want to miss the exciting but not too scary Dragon Coaster, and NINJAGO: The Ride where you and your kids will have to use your mad ninja skillz to help defeat The Great Devourer with just your hands!

When you want to take a break from rides, you and your LEGO lover can build to your heart’s content at Bricktopia, trigger crazy LEGO instruments at Stepping Tones, attend LEGO driving school, spend some time in NINJAGO ninja training camp, visit favorite friends in Heartlake City (and grab an order of apple fries, LEGOLAND’s signature treat), and shoot water cannons with the pirates.

Also, plan to stay the night. The LEGOLAND New York Hotel will have 250 rooms designed for families and with innovative LEGO features. There will also be themed play areas in the hotel for when you need your littles to be entertained while you take a breather. Families can choose from a pirate themed room, a castle themed room, a LEGO Friends themed room or a Ninjago themed room.

We know! It’s going to be hard to wait another year! But we’ll have to. In the meantime, buy your LEGOLAND 1stto Play pass. They’re available now for a short time for the introductory price of $94.99 per person. You totally don’t want to miss out on this one.